1. Removing the master switch from the door. 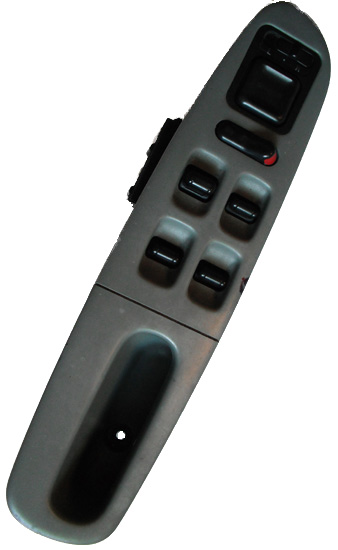 Use a Phillips head screwdriver to remove the screw holding the bezel (switch cover) in place. 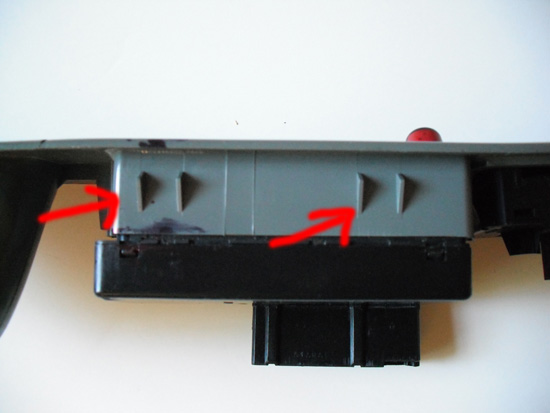 Use a small flat tip screwdriver or a butter knife to pry the switch cover out of the armrest. (Putting an unwanted plastic card or cardboard under your lever may protect the armrest from being nicked). Began at the side and near the bottom end since the top end has a long tab that is not flexible holding the switch in place. 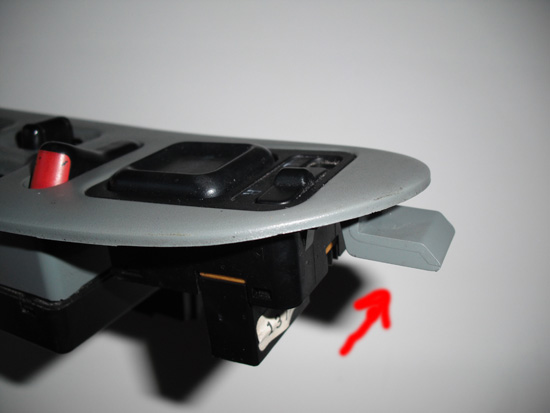 Raise it enough so that you can get a finger under it and pull straight up on the switch cover. It will pop out of the arm rest (sometimes the switch cover is brittle; be careful not to crack the cover with too much force). 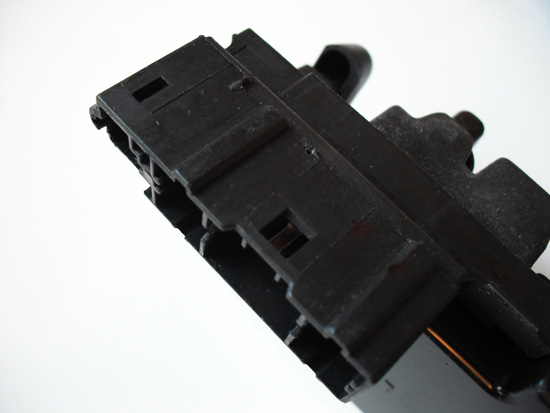 A tab keeps the clip locked into the switch. Depress this tab with a small screwdriver or other tool while you pull the clip out by the sides. If it is stuck, rock it out from side to side gradually, being careful not to tug on the wires. Unplug the mirror control wiring as well to fully separate switch from door. 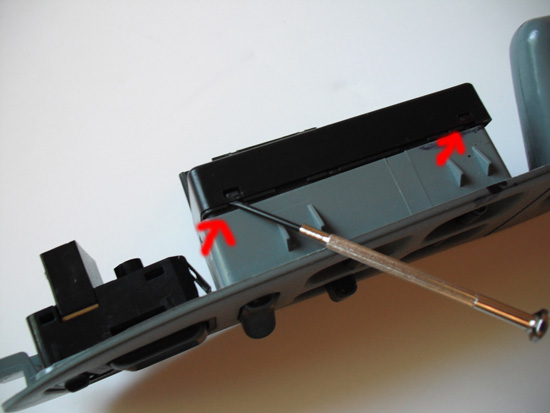 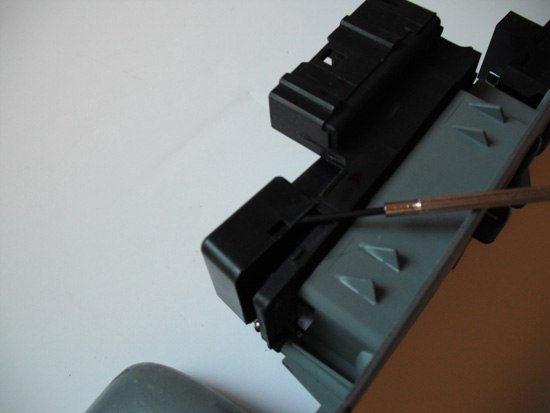 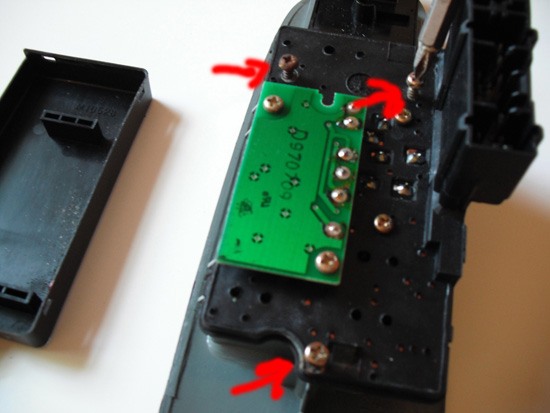 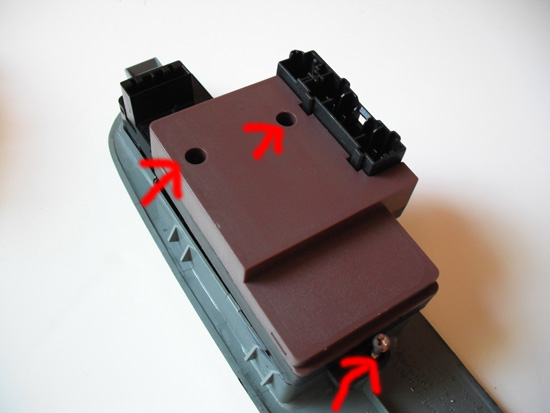 Plug the gang wire clip into your new switch. Test the switch before fully installing. Use the 3 screws to screw your new switch to the switch cover (you wont have to remove the switch bottom). Now drop it into place. You just saved the installation fee and a trip to the service center in less than 5 minutes!

(Remember to keep the ignition off while plugging/unplugging the switches).

Contents of this page Â©2009 by Switch Doctor.